Since Oberammergau, 1633 was freed from the plague, there are the famous passion plays. Citizens of Oberammergau played every ten years the last days of Jesus Christ in front of an international audience.

The picturesque village in the mountains is known for its wood carvers and the typical painting on the houses. The carvings that adorn the altars of Catholic churches as far as US East Coast.

The Premier training and education facility at the operting level, the NATO School Oberammergau started 1953 with two courses.

The monastery was founded nearly 700 years ago by the Holy Roman Emperor Ludwig the Bavarian. Since this time the monks produced liquers, tea and beer in their distillery and brewery. The center of the monastery is the worth-to-see Baroque basilika.

The world-wide longest weatherproof toboggan run with an magnet system. Downhill to the valley with an maximum speed up to 25 mph.

Unique hotel in the heart of the village, first mentioned 1612.

>> Get a price quote for your trip to Oberammergau 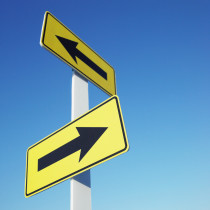 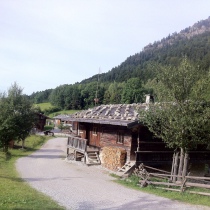 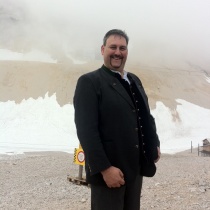 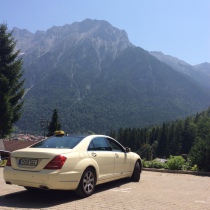 Contact us to get a price quote for a a ride or a trip to Oberammergau.

Mobility as its best

Half or full-day trips for business or personal use

Short and long distance transport from or to Munich